As the Emirates pushed itself into the skies, I bid goodbye to India for two weeks to travel to the other part of the globe and after twenty four hours I was greeted by a city – happily chilling itself away.

The climate was extremely cold and I realized why my Seniors had asked me to carry thermals and coat and I had confidently replied to them ‘Sir, I have embraced the winter of Delhi once and I have tasted it, so I can handle it”, to which he had smiled mischievously and it finally hit me, how unwise my statements were. The nature just froze my nose to a stiff state, chattering my teeth, striking a cold bolt down my spine and my brains strongly reminded me of it’s existence.

Allocating two days for sight-seeing, I ultimately set forward my foot to explore the city. I was astonished of the fact of how well the city is connected in terms of public transport (managed by NY MTA) – a metro that goes about doing its job underground quietly & the buses plying at regular intervals. A metro card is what it takes for travel needs.

As I found myself drowning into the day, my eyes encountered a fascinating atmosphere filled with tall buildings, clean roads, yellow and muscular cars that seem to first respect the human beings on the road allowing them to first cross and some polite and smiling faces greeting as they pass by.

I decided to start firstly from the world trade center (memorial site) and I stopped by the federal office and the charging bull, en route. 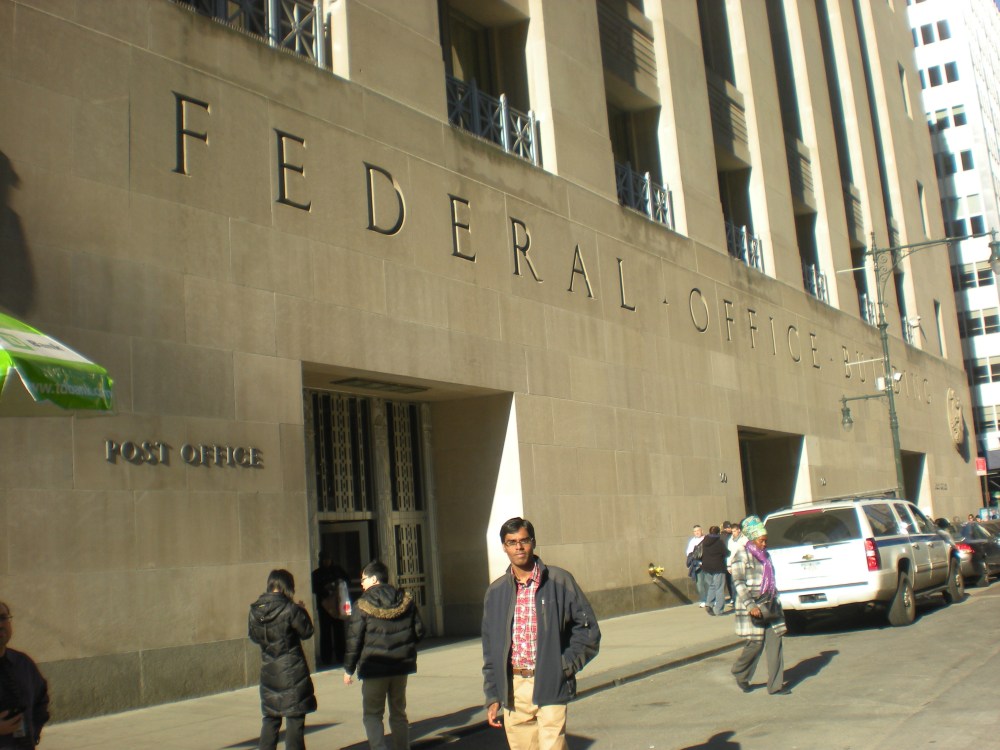 As I reached the WTC 9/11 memorial site, I found the atmosphere transformed itself into silence and everyone were flashing back their memories of that one dreadful day in history. I offered my prayers for those souls.

As I lifted up my head, i noticed a tall blue building being built – the One world trade center just opposite to the old twin tower site. I was happy seeing it for it was restoring the positive spirit back.

Spending some decent time with the delightful atmosphere of the city, I proceeded further to head to Times Square as I was told the evening was very colorful in that part of the city.

I ended up reaching the place late as I had to stop by to complete my dinner.

As I reached Times square, I was amazed finding the place heavily crowded but a very bright atmosphere compensated itself and greeted me with smiling bright colors, covered with a selection of large advertisement billboards. The scene was a great treat to the eyes- just colorful. Many street entertainers dressed up as superhero or cartoon characters pose for photos but they do ask for tips and get annoyed if you don’t. Some of the entertainers were dancing through showcasing their skills. The place has many theaters playing some old movies and plays and also had many shops around but it certainly would cost a bomb on the pocket, being the most expensive city of the world. It is also supposed to be the most visited tourist attraction in the world and flocked by many on New Year’s day for celebrations.

I was so impressed by the colorful lit atmosphere, that I decided to mark my one more evening in the name of Times square. But before heading to TS, I headed to catch the glimpse of the Brooklyn Bridge first by late afternoon.

On one of the days in the late morning, I ended up meeting the showers of snow and played around safely with it to avoid carrying any sickness back to India.

My love for cars pushed me at least for one snap with an american car. I found one flashy muscular one (the rest being decent looking) in the hotel compound and satisfied my soul standing beside it. 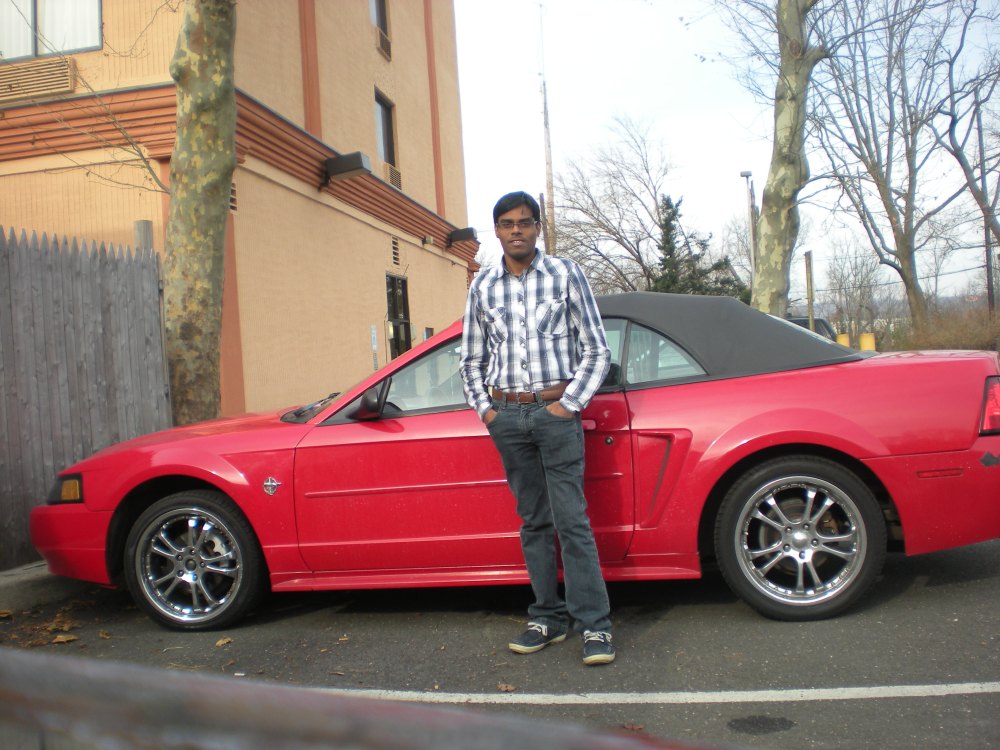 I bid goodbye to the city taking along with me some cherished memories carefully capturing them behind the lens to help my pen bring them to life someday. 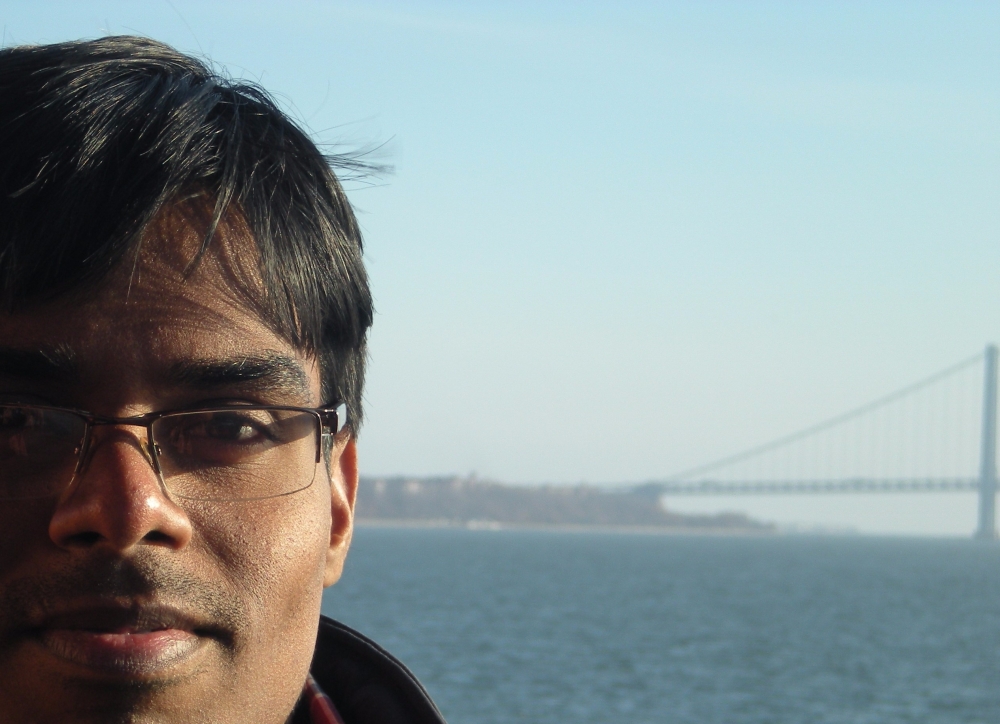